From our partner TTI Success Insights authored by Dave Clark:

The hope of every employee is to work for a leader they like and respect. While each person may have their own definition of what constitutes a “great leader,” we can agree there are certain traits that appeal to the masses.

If you are a leader and you possess these five traits, you are probably quite successful. If you don’t think these traits describe your leadership style, working on one or more of these areas would be a great place to start in order to build a better rapport with your teams.

We may often think a successful leader needs to be a commanding or charismatic presence, yet often it’s exactly the opposite type of leader that appeals more so to a workforce. A leader who shows humility steps out of the spotlight and lets that light shine upon the team. While having a fiery or attention-grabbing personality may be great for a leader doing a public speaking engagement, that approach can wear thin with workers on a day-to-day basis.

Sue Shellenbarger of The Wall Street Journal said, “Humility is a core quality of leaders who inspire close teamwork, rapid learning and high performance in their teams, according to several studies in the past three years. Humble people tend to be aware of their own weaknesses, eager to improve themselves, appreciative of others’ strengths and focused on goals beyond their own self-interest.”

She ascertains that humility leads to lower turnover and absenteeism, because these leaders tend to let their teams get the majority of the attention and the accolades, making them feel more engaged.

Author Nishant Bhajaria wrote an article entitled, Four Mistakes That Made Me a Better Manager. In this article, Bhajaria cites four key attributes that any leader needs to have to empower them for success: conviction, courage, good listening skills and the ability to mentor.

Believing in the mission is at the foundation of everything a manager does. All plans and strategies are built from that mission. You can’t build a sound structure without a solid foundation, and it works exactly the same way in business. As the leader, you are responsible not only for yourself, but for every member of your team. You have to believe in them to be able to support them in times of need. The bottom line is simple: employees want to follow a leader they believe in and a leader in whom they trust.

Put more than one person in a room and disagreements are bound to occur. When there is a disagreement, a great leader needs to be able to stand their ground believing in their position, while still being receptive to the opposition’s point of view. Conversely, they have to understand that there are occasions when their beliefs may not be best for the organization and they must be willing to be flexible. The key is to win others over through a sound and calm fact-base case rather than by becoming emotional or argumentative.

Part of having courage is trusting your people to do the job without a lot of interference. Constantly being involved with minutiae can become more of a distraction than a help, and it impedes an employee from wanting to take chances and expand their comfort zone. An employee that is constantly challenged becomes tentative, and eventually, complacent. A great leader will provide instruction and direction, then trust that the employee is capable enough of carrying out the duties out in a meaningful way.

A great leader certainly needs to be a support system for the team, but the leader must also let the workers grow. With growth comes the occasional failure, which is perfectly acceptable since it leads to expanding comfort zones and learning new skills.

Workers typically want to know that when they have a need or a concern, their manager will be there to listen to them and lend support, if needed. Sometimes, just letting an employee verbally brainstorm or even vent is all that is needed. Being a good listener can be as powerful, if not more powerful, than a “fix it” manager who always feels the need to try to fix problems that may not actually exist.

A great manager understands that the more they listen, the more they can learn, and let’s the employees do the majority of the talking.

Very few people are “born leaders.” Most leaders need to learn their skills somewhere and from someone. Virtually every great leader can immediately recall someone who helped them over the years, especially when they needed help the most. Even if the mentor’s involvement seemed insignificant at the time, it can often leave a long-lasting positive impact on the person who was helped.

Mentoring can be done in a structured, formal capacity or very casually. Mentoring is simply helping others get to where they want to go. It can be a full-fledged training program or a properly timed pep talk.

When I was a young sales executive, I didn’t have an official mentor or a predesigned career path to get into management. I did, however, have a high-ranking division leader that I went to when I needed words of wisdom. That leader came through every time, no matter how seemingly insignificant the issue. While he may not have even realized he was being a mentor at the time, I credit him with a key role in my eventual move into sales management because of his words of wisdom and the things I learned from him, including the example he set as a leader.

There are many people who hold positions of authority, but there is a shortage of great leaders. When I think back to the leaders who made the greatest positive impact in my life, there were a few consistencies. These were the leaders that respected me as a person and a worker, supported me in good times and bad, and gave me the space to do what I did best - produce results.

At times, a week could go by without more than casual conversation with these great managers. This was perfectly ok with me because I knew what I needed to do and the manager knew I was getting the work done at a high level. Micromanaging simply wasn’t necessary. But when I needed the manager, they made themselves available. The mutual respect led to a great working relationship and the results spoke for themselves.

What can we learn from teaching children about kindness? 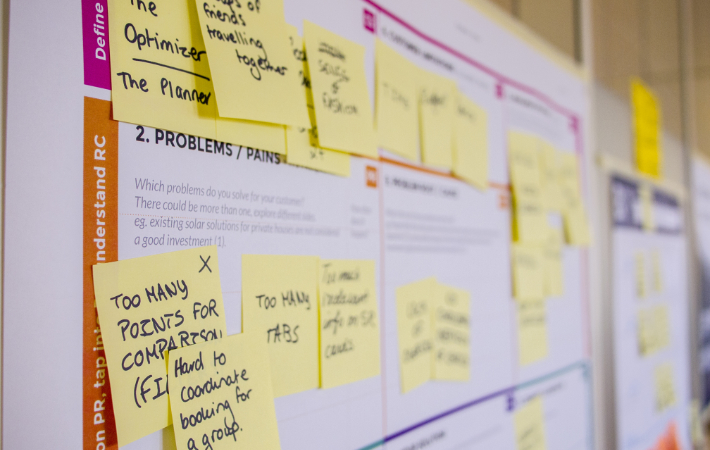 You Must Be Bigger Than Your Problems