Fast Tip Friday: Always Sell With One Hand on the Doorknob 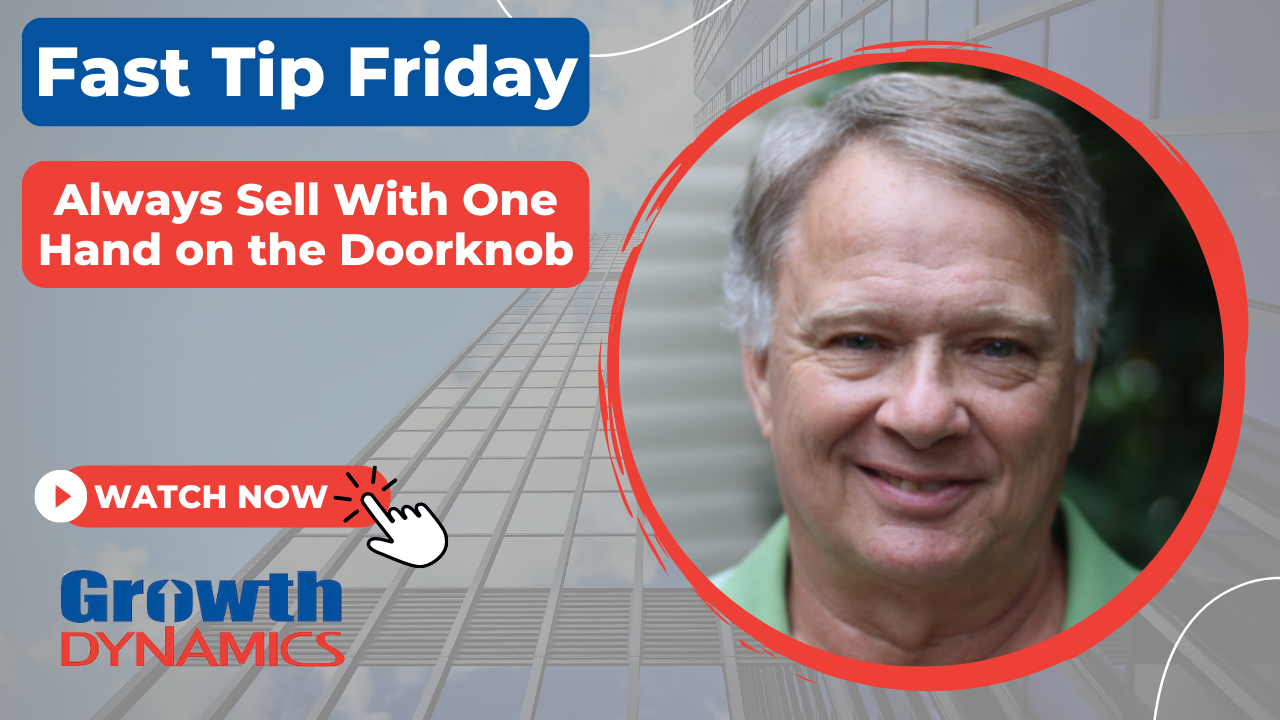 Good afternoon, welcome to another fast tip for Friday. Today's topic is one where it's the end of the week, I hope everybody's had some success prospecting. I hope someone has advanced the opportunities in their pipeline to the point where you can expect to collect a decision on the next call, you've done enough fact finding, you've done enough discovery or diagnostic interview and work and now you're at that step in the process where it's either time to fish or cut bait, or we're gonna get a yes or no, but either way, we're going home for a decision. 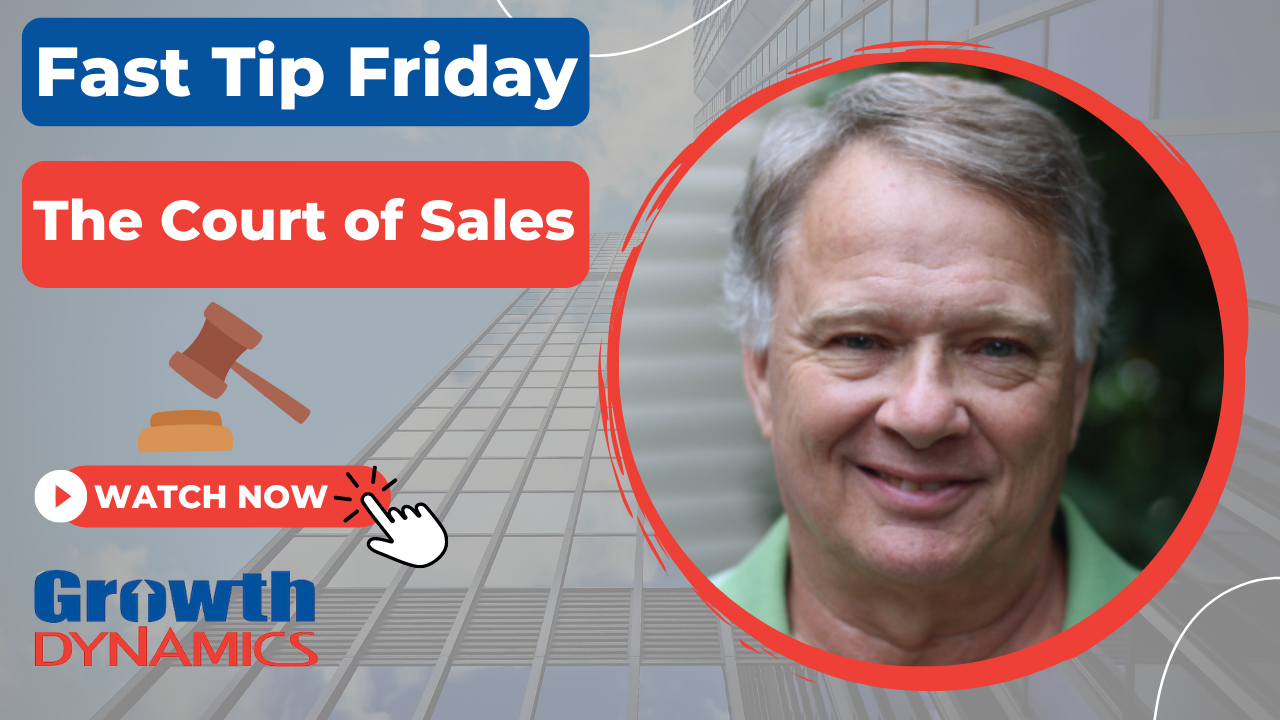 Hey, welcome everybody, it's time for another fast tip on Friday.

Hey, this one's kind of a little bit off the beaten track cause I'm going to make a cultural reference to an old television show that was a classic when I was growing up. But you don't want to know how many years ago that was. And frankly, I'll tell you, it was in black and white, it's that old. So, back when I was a kid, there was a television show called Dragnet on TV. And Dragnet was really one of the original cops type shows that was on the airwaves back when there were only three channels. So, it's that long ago. And one of the core things that happened in every Dragnet episode is they would bust the perp.

Podcast: The Power of SMART Goals 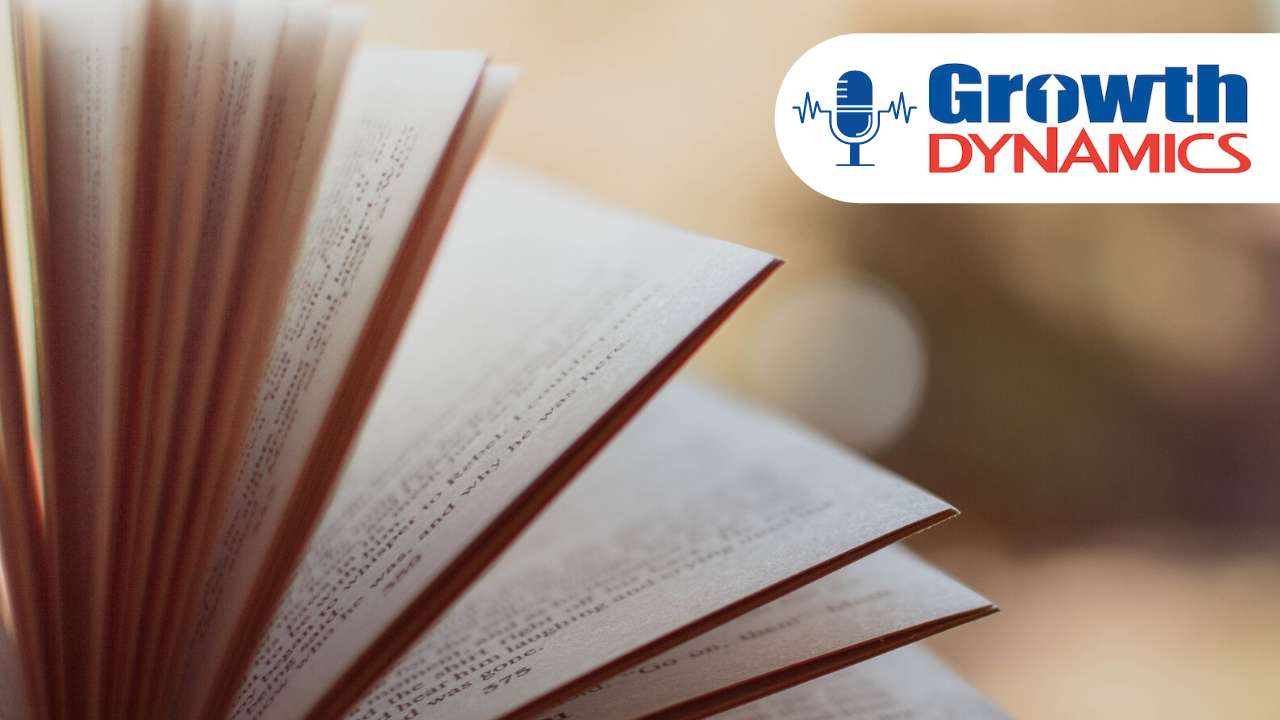 Sam has been in sales for her entire career. She knows she does well enough as she has climbed the ranks through various companies, but she tends to plateau with medium accounts. Sam has yet to earn some of the major accounts and or territories that make salespeople’s careers. She has always been one to read all the top business books, listen to podcasts every chance she got, attends conferences, and even enrolled in a few training classes that promised to help her reach the next level, but nothing ever changed, despite putting all the things she learned into practice immediately. Sam felt ready to make some significant life changes on her own and earning more commissions would make it all possible. Now, she really wanted to see if it was her turn to be one of the big-time players. 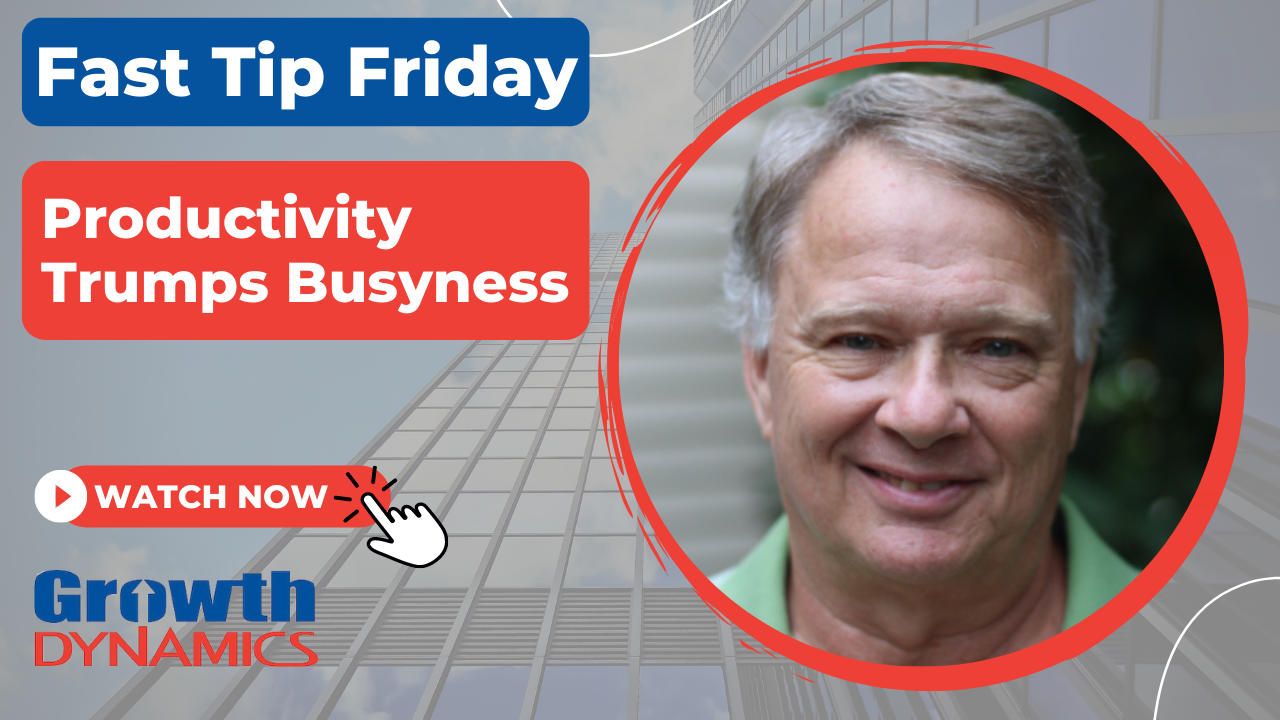 Hey, welcome back. Here's another one, Friday fast tip. I know everybody, everybody seems to be really busy lately. I know I'm busy. I know Sarah's busy here in the office. I know Matt, who does our IT and social media stuff, I know he's busy. And I'll bet you're busy too. 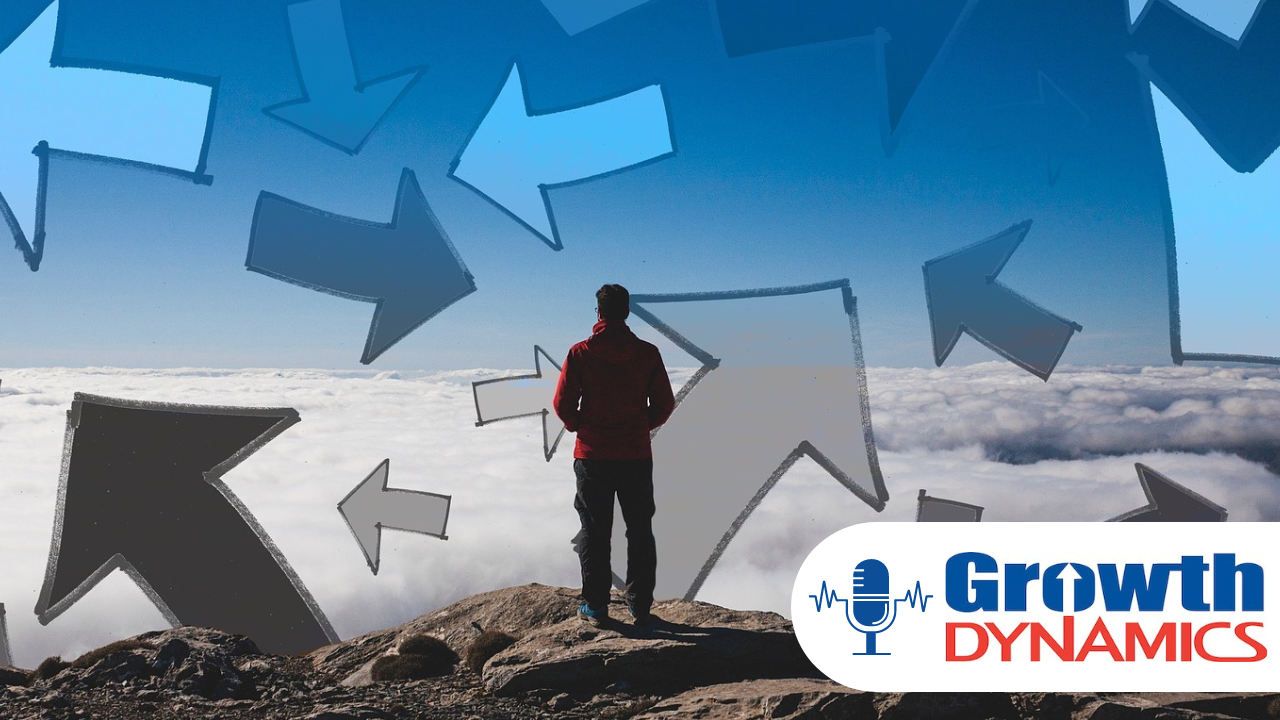 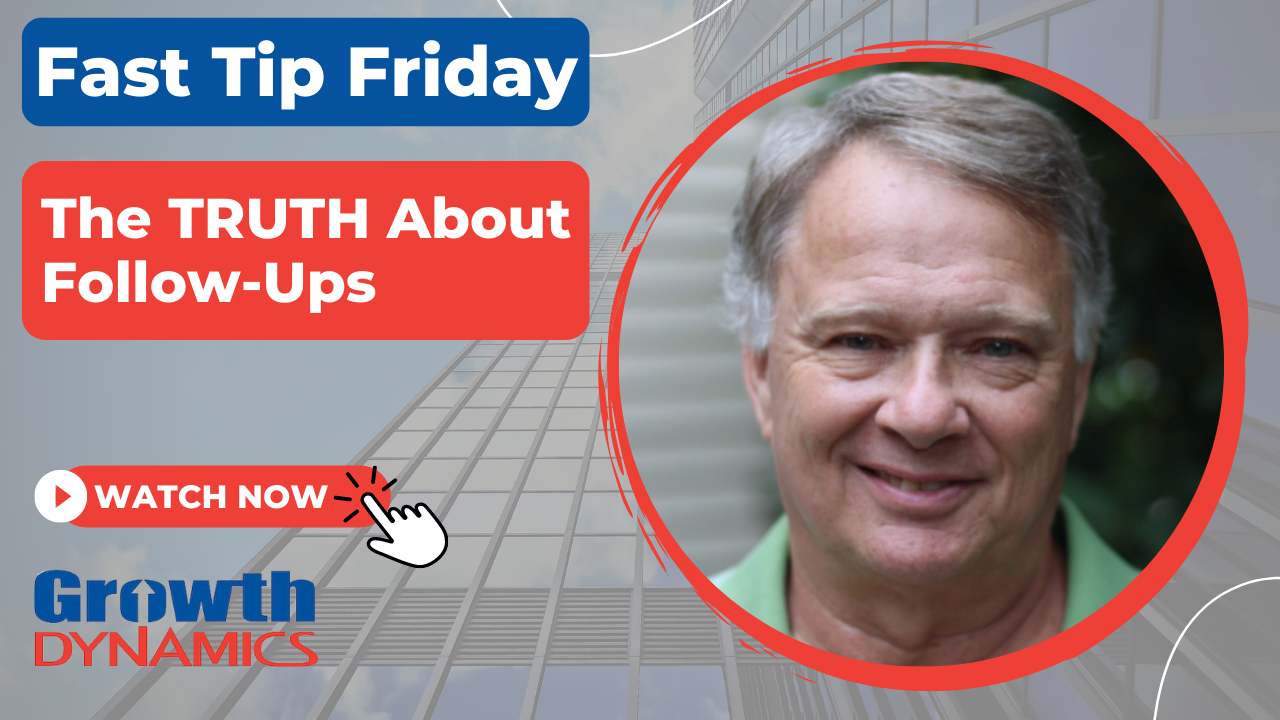 I want to throw something at you, particularly since it's the end of the week that I know is going to make some people pretty uncomfortable. But it is one of my core beliefs as a business development consultant. One of the things I always wonder about is our people who think they're good at follow up really good at sales, and my gut instinct. And if you've worked with me in the past, or talk to me about what makes the best salespeople, the best is follow up is probably a crutch, not a skill or an attribute. 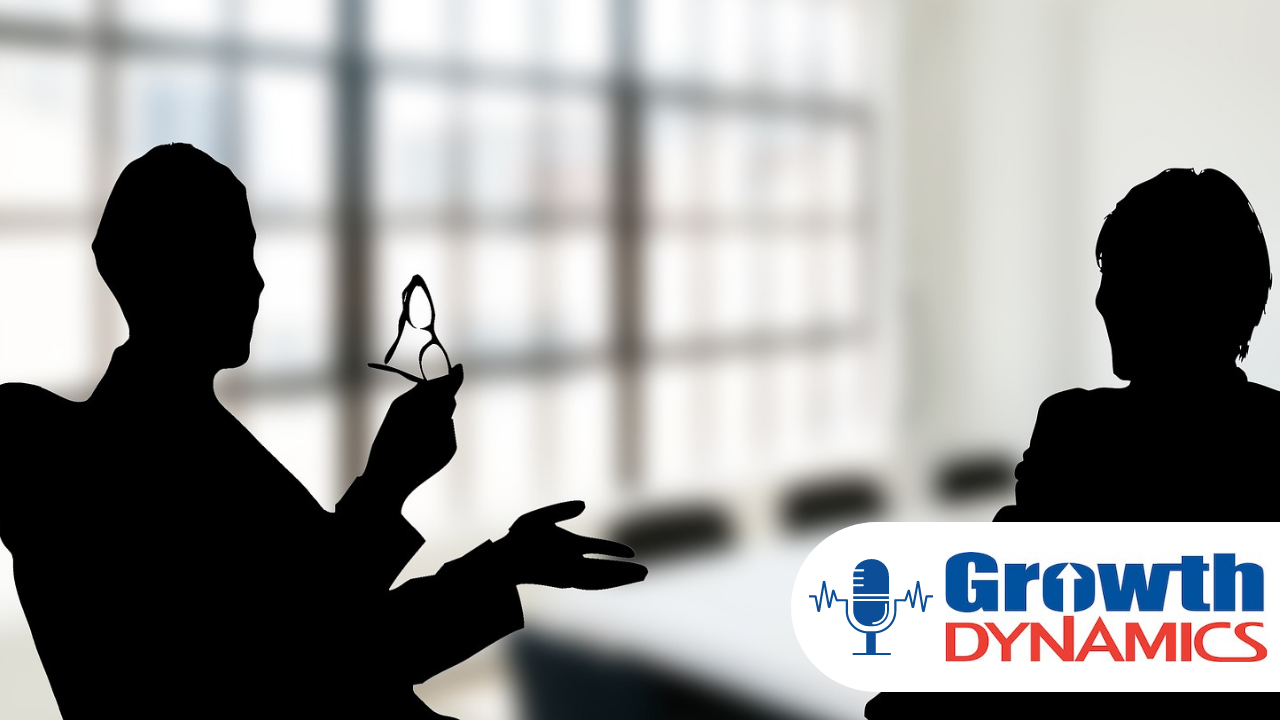 The silence was deafening. Both Valerie and her prospect sat there looking at each other waiting for the other person to speak first. Valerie had finished her presentation of the new products' features and benefits and was expecting the Director of Operations to give her some indication of how well she had done. Since the training she had received on the new product said any prospect would be blown away by all the new bells and whistles, no one had ever bothered to consider what to do if that wasn't the case. Valerie had covered everything and found herself stuck not knowing what to do or say next. Was the sales call over or was something else supposed to happen?

In this Fast Tip Friday, Charlie Hauck talks about the importance of DISC and how it can make all the difference in the world of sales.

Justin was spending some time off around the holidays thinking about his 25 years in sales. There were many things to be proud of, but after a bit of soul searching, he was forced to admit that he thought he'd be a bit further along financially by now or perhaps have a more prestigious title or even work for a better company, considering the two and a half decades he was reflecting on.