Diane returned from the product demo certain that the features and benefits she shared with her prospect had wowed them. The buyer nodded when Diane asked if the product fit into the product categories they offered to their customer base, and everyone else that sat in on the meeting told her how much they liked what she had presented. She felt as good about this call as she had in a long time, but now six weeks later there was still no purchase order and the prospect had gone radio silent. How did their excitement turn into Diane's frustration?

Demos are essential elements to lots of sales processes, but knowing when to do them is the critical part of the equation. Diane let herself get sucked in by interest in her initial introduction of her hot, new product. Lots of prospects (or are they suspects?) express interest in anything that might catch their eye. Diane believed that the prospect's willingness to listen was strong enough to move the interest in buying to an intent to order, and she jumped at the chance to provide a well-rehearsed demo. But she failed to ask the most critical question before giving everyone all the information they wanted and showing off the bells and whistles. Because of that, the buyer now had complete control of the sales process and Diane was left waiting for a decision.

Never give away anything unless you get something in return. This is a hard and fast rule that Diane forgot in her excitement to close a big deal. She chased yes so hard that she never even thought of why her prospect might NOT buy her product. By asking one simple, but all-important question, Diane might have avoided being taken hostage by her prospect. That question is magic when you need to know if you really have a sale, or if it's just another chance to get on the Buyer's Bus for a long ride.

"Let's pretend I show you what I have and you love it, what happens next?" is the move that keeps you from getting taken for a ride by an uncommitted prospect that isn't willing to convert his interest into intention.

By taking the buyer to the future with the words "let's pretend", Diane would have been able to get a look at how the decision was going to be made, when it would be made and what objections still needed to be resolved. In some cases, those objections are so substantial that no sale was ever possible, no matter how great the demo.

And what's the use of doing a demo for a product that won't ever get purchased?

As you get ready for the end of the year crunch- how may demos do you have scheduled? Are their ones you can try and gain more then just a show up and throw up engagement?

"Everything you've ever wanted is on the other side of fear." ~  George Addair 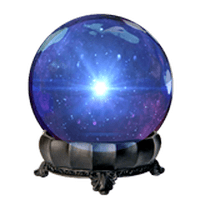 Podcast: To Do Lists vs. Scheduling