Symptoms:
One thing was certain: Derek was going to get an earful when he mustered the courage to tell his biggest customer that the truckload of material he was expecting was going to arrive three weeks late. With the last six months seeing all kinds of shipping headaches, the customer told Derek that their patience was wearing thin. They demanded a more reliable delivery schedule and that Derek be more honest and timely communicating with them.

But this latest mishap could undo any goodwill that was left. The customer's warehouse manager was going to flip out, and when the company president got wind of the delay, things would really get ugly. Despite knowing all this, Derek kept hoping for a miracle that would make the problem go away and make the truck arrive as originally promised. "Maybe I can make that call tomorrow," was Derek's course of action day after day. It wasn't long before the customer called and fixed the issue for him. They cancelled the order and made arrangements with Derek's biggest competitor.

Diagnosis:
Too often salespeople hope for problems to work themselves out instead of dealing with them head-on as soon as they come up. Derek hated confrontation, so procrastination in hopes of a last-minute reprieve had become his modus operandi for these circumstances. Rather than learning to deal with an unpleasant truth, Derek operated by ignoring the truth. He never talked to his customers about any negative situations and unfortunately for him, they kept a record of the number of times he disappointed them. In the end, the real loser was Derek who avoided the issue and a big chunk of his annual commissions walked away. Living with the tension every day was wearing him out.

Prescription:
Derek and those like him must understand that bad news is always preferable to no news when things aren't looking rosy. Avoiding a customer when they're unhappy doesn't make the problem disappear. Instead, it makes the problem worse because customers lose any option to make alternative decisions to help themselves. His selfish behavior put his customer's success in jeopardy, something that can never be done if one expects to survive a problem. Derek should have stood up, taken the heat by sharing what he knew, as soon as he knew it, and he should have offered the customer the option to go elsewhere. By acting like he didn't care about the customer's plight, they made the easy choice to switch to his competitor. Always deal with issues right away, deal only with facts instead of emotions, and never take the problems personally no matter how angry a customer may feel and react.

Critical Thinking:
When was the last time you had a break bad news to someone? How did you handle it and what was their reaction? What could have done differently?

The Drill
Final Thought for the Morning:
"Procrastination is like a credit; it's a lot of fun until you get the bill." ~ Christopher Parker
"When’s the best time to defuse a bomb? Before it goes off.” ~ another GD tenet

Photo by Josep Castells on Unsplash 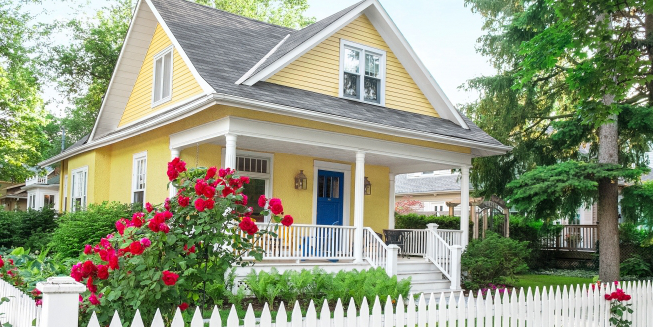