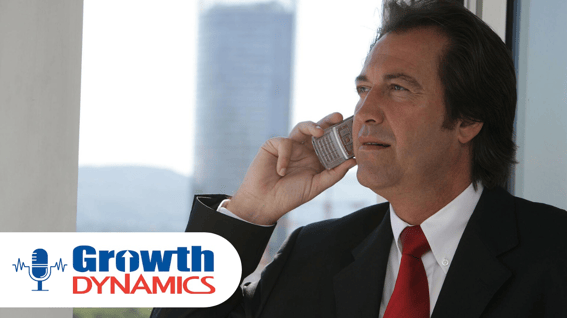 Like many business development people these days, Robin won't be going on her appointments tomorrow by herself. This time she is bringing Rich, and he is the VP of Sales from one of her largest vendors. The last time Rich was in town he talked a good game and acted like he was "Mr. Know-It-All" in front of anyone that would listen. Problem was that after the client was done with him, all the King could do was make a lot of promises that fell directly upon Robin, and then drop the price because he didn't know what else to do. The Client was so put off that they never ordered anything, even after Robin tried to meet all the promises that were left in the wake.

Some of those that often tag along on sales calls have indeed been trained how to behave and make for good partners. But Rich's style is straight out of the old school and he has not had the same kind of sales training that Robin has been practicing for many years now. He talks a lot about himself, promotes features and benefits, tries to prove he is right all the time and believes that he can close anyone no matter what the cost. Robin did her best to brief Rich the last time he was visiting, but she now realizes that her words fell on deaf ears because her language of "setting expectations, doing discovery, going for the No" and other techniques were something Rich could not understand or believe.

Although Robin will admit to being somewhat intimidated by Rich's title, she has decided that her business is too valuable to allow another train wreck. Before his next visit, she has decided to paint a real-world picture for Rich to help him understand exactly what Robin's experience is telling her needs to happen for them to have a chance at this new business.

After explaining to Rich many of her worst fears about potential style (DISC) conflicts, she does her best to help him anticipate what she knows is coming by asking him a few questions that will allow her to get her options on the table.

What is our strategy when the client starts the meeting off with all their complaints about the quality of the recent work?

What will we do when they demand a price below our number?

What if they threaten to take their business elsewhere?

What are Best Case and Worst-Case outcomes and what is the next step for each of those?

Although she can come up with many more questions, Robin has realized that it pays to get the tough stuff on the table with her visiting dignitaries in a way that lets them anticipate the outcomes in their own terms.

No matter who you might be working with on a joint call, either a third party or your own internal co-workers, it is important to have a plan or an up-front contract about roles and responsibilities before you get in front of the client.

Happiness is not a reward - it is a result. Suffering is not a punishment - it is a consequence.  - Robert Green Ingersoll

What were your 3 best outcomes from last week?

What are your 3 most important targets for this week?