Oh, boy, I don't even know why this topic is coming up a lot recently, but I've run into a lot of people that have, for some reason or another, the word fear has shown up in our conversations and coaching sessions. And so I thought I'd take time on this fast Friday tip to sort of dig into this idea of fear and share some thoughts with all of you.

First and foremost, I want you to understand that fear is the single biggest roadblock, to your personal success, your professional success, and getting where you want to be in life in general. Fear is just the thing we've all got to learn to manage and to come to some basic understanding that for all intensive purposes, most fears have no basis in reality. They're just not things that are actually going to happen. And so we have to understand that when we're talking about why we will or won't do things, or what we're afraid of, we're talking about illogical emotional creations, not things that are founded on facts or logic. It's a lot like being a little child, when mom would put you to bed and kiss you on the forehead and say she was going to turn out the lights and you all of a sudden, had this terrible realization that there was a monster under your bed. You and I both know, there was no monster there, but for some reason, your little child brain and your little child set of experiences came up with the idea that you were afraid of a non existent being.

Well, the same type of thing happens in business development day in and day out, call after call, career after career. It deals with the understanding and the management of the fears that stop us from doing the things we have to do, asking the questions that we have to ask, and making the commitments that we have to make. There are so many types of fears that we should probably mention the list a little bit. There's fear of failure, that's obvious. There's fear of success, not as obvious, but it's something that's real for a lot of people. There's fear of rejection, not everybody's programmed to want to go out there and be told no over and over and over. There's fear of someone telling the principal on you, meaning going back and telling your boss that you weren't nice. There's fear of losing the opportunity that you think is so promising. There are all these fears that creep into the minds of some of the best salespeople ever. But the difference is they've learned how to manage those fears and understand that by and large, they're not real, and they can overcome them if they make that commitment.

Those are the things that makes sales difficult. Asking is not the part that makes it difficult. Training yourself not to let the fears derail your commitment, that's the more challenging issue that you've got to master.

So here's some tips. First and foremost, just decide to act as if you're not afraid, having the guts and the courage to just say, I'm going to act as if I don't care what happens. And that isn't permission to be rude or disrespectful to anyone. But you're not going to be afraid of what the outcome is, is an amazingly powerful mindset that will lead you to a lot more success.

Knowing that fear is really an acronym. It's an acronym for for a short sentence that I think we should all remember, fear stands for False Evidence Appearing Real. Look, fear is not based on logic or facts. It's all this emotional concoction that we use to avoid doing the things we need to do. So just remember False Evidence Appearing Real and just sit down and do the work you have to do or make the calls that you have to make.

You've also got to understand that there's a process called a worry manager and a worry manager is a way to kind of talk yourself through The fear to the point that you can find out there's nothing there, whatever you're afraid of just ask yourself three times in a row. What is it that I'm afraid of? And what am I afraid of that will happen? And at the answer to that question, ask yourself again, well, why am I afraid of that? And what happens if that happens? And why am I afraid of that? And what happens if that happens? Typically, by the third set of answers, you'll realize there's absolutely nothing to fear. And you can just go ahead and do what has to be done. And then one of my last suggestions is train your brain. And by training your brain, I'm saying, find some positive reinforcement messaging before you go on the sales call, whether it's picking up the phone or walking into someone's office, train your brain to think positively, find the reinforcing messages that will override and take over all the negative messaging that seems to be so hard to control. But you can work a lot of different angles to train your brain to have a more powerful, positive and successful mindset that will lead you through whatever fears may come up while you're on the call.

Like I said, Fear is an imaginary object. It's nothing that's really going to impact your life. Unless you give it the power it doesn't deserve. So that's it for this week. Be brave, be courageous, be fearless, go make money and have a great experience out there. Take care. 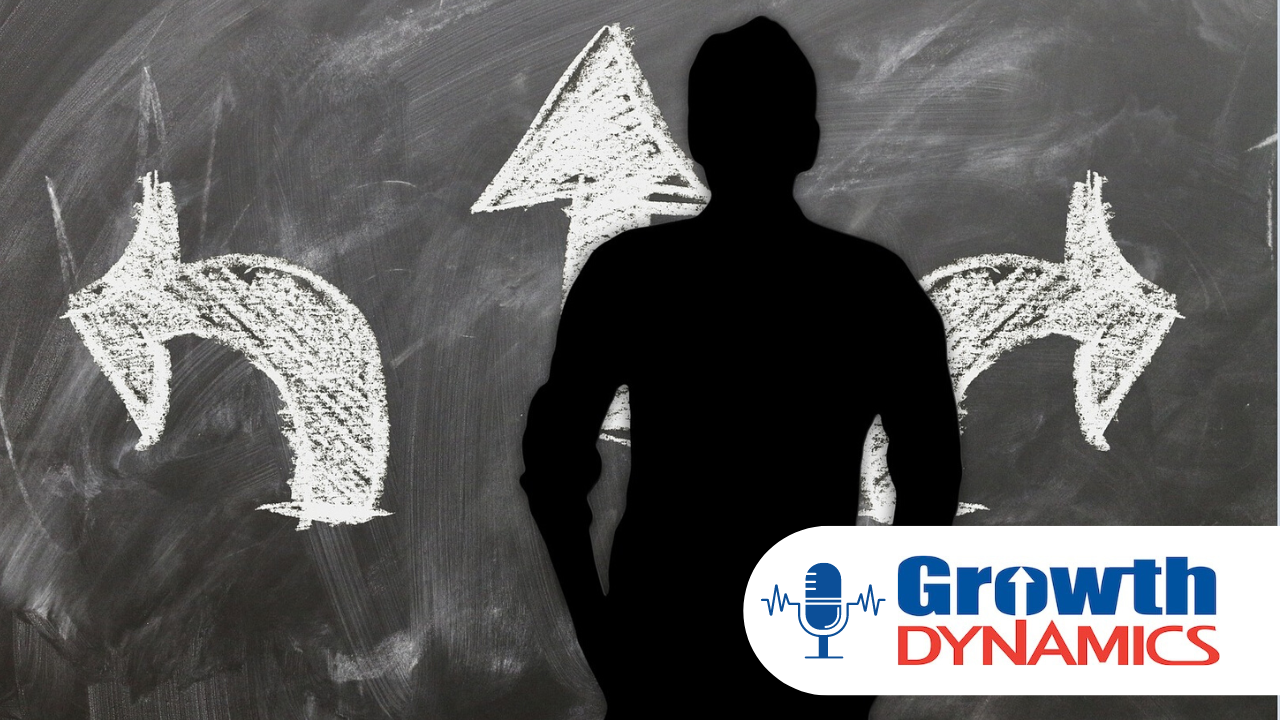 Podcast: The Decision Is Always Yours